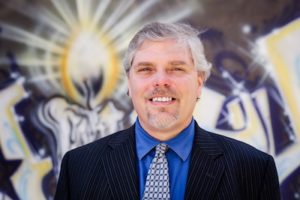 Vaughn has more than 25 years of experience litigating and trying diverse and complex contract and tort cases in state and federal courts. In representing clients throughout the country, he has appeared in state and federal court in 17 states and advises many Boise companies on litigation options and strategies when disputes arise from interstate business transactions. Vaughn also has vast experience serving as local counsel and hiring and managing attorneys in other jurisdictions.

Prior to moving to Idaho, Vaughn established a successful litigation practice in Atlanta, Georgia, where he served as managing partner of Weizenecker, Mottern & Fisher. During that time he served as lead counsel in several high profile cases, including Sprewell v. New York Post (represented an NBA player in a defamation case) and Darbor v. ValuJet (represented a family in a commercial airline accident suit). After moving to Boise in 2005 Vaughn served as general counsel for an oil and gas exploration company. Then he began his Boise litigation practice in 2010.

Vaughn was born and raised in Pittsburgh, Pennsylvania. Vaughn and his wife Mindy have two children. He is a local performing singer-songwriter who also enjoys golfing, horse racing, skiing, fly fishing and camping.

Fisher Hudson Shallat attorneys are licensed to practice law in Idaho, Colorado, California, and Mexico. In addition to our Boise and Caldwell offices, Fisher Hudson Shallat is proud to serve Bay Area residents with its San Francisco office located across from the Salesforce Building in the East Cut.